I'm tapping into nature a little bit on this one. I'm also exploring cardboard boxes, specially when those boxes are placed on somebody's head. The trees look good, the ground is a series of dark and light scribbles which works but I'm not particularly fond of my technique. The two guys wearing boxes, they are in the center of the drawing, should have been drawn bigger. However, the size of paper I used was rather small and the best thing about this image is those two guys are sitting in a wood clearing. It wouldn't have the same impact if I zoomed in on the two guys at the cost of losing some serious landscape. So there you have it. Make what you want of it; I'm still not sure if this photo is trying to make a statement or taken just because it's amusing. 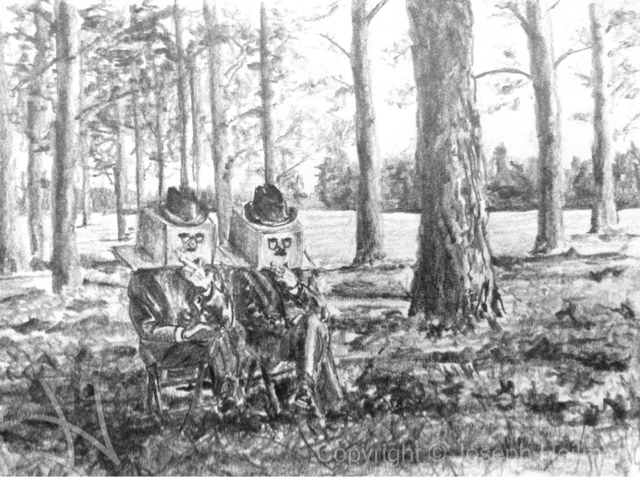 Anonymous said…
this is good stuff. your tree and ground textures are nicely rendered. the trees in the middle ground and background look good too. this is a good sketch.
31 October, 2012 18:26 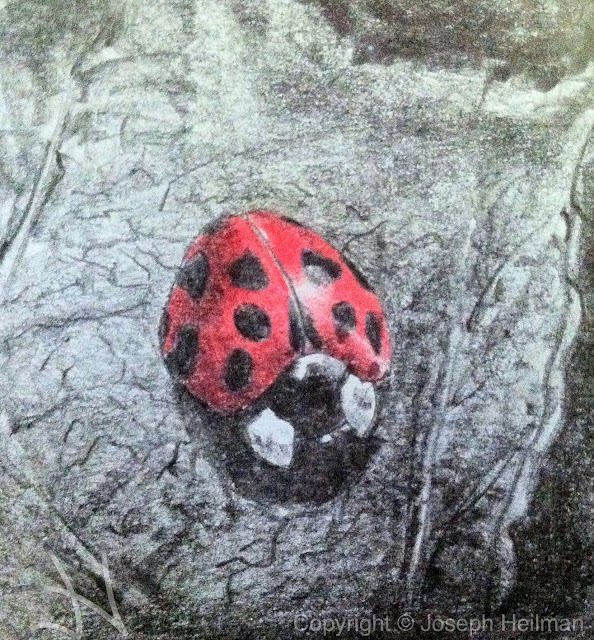 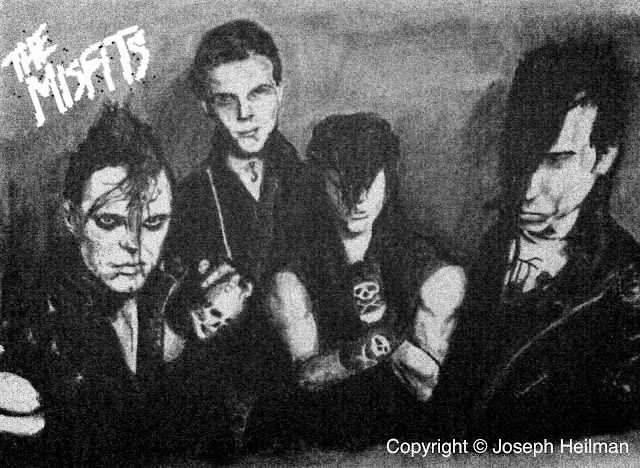