I really should have taken a series of photos to show this work "in-progress". Working with color, for me, is so different and strange. One thing I kept in mind was to make layers. I had recently talked with an extraordinary painter about how she worked with colors, "layer" she said. So layer I did.

I used 4 different pencils in this drawing, graphite, cadmium and crimson, and yellow.

The first layer was like any of my drawings in that I formed the subject. After which I lightly colored her in. The second layer again was like my graphite drawings in that I started the shading. This might have been premature but I did that shading light enough that it worked out. However that's not to say the shading should be done last. In this case, and the type of medium I used, I found it helpful to a layer of color on top of the shade.

When I realized that I should stop with the black, I started shading with the color. That seemed to work. For the darker shades I used crimson and cadmium for the lighter.

As far as the fire goes I just kind of swirled my pencil around and darkened in areas. I used yellow, cadmium and graphite. And one other medium not yet mentioned here or anywhere on the 24 Hour Sketch, the eraser. I've heard countless artists mention their dislike of erasers and how they refuse to use them. Their mindset is that of, "the drawing should be nothing but addition or application to the drawing platform." I disagree and believe whole-hearted that if subtraction from the palette was bad practice and should never be done then artist erasers wouldn't be made. There are quite a few different types of erasers. If used properly, the eraser can be an excellent tool. It provided for a seamless edge between the white and colored parts of the fire. I believe the drawing looks better because of that. It really brings out the intensity of the fire. It's not perfect but sometimes that isn't the point. Realism isn't always the point. And furthermore detail isn't always the point.

Additionally, many layers were added to the overall drawing to bring it together. Too many really to express how I did it in a step by step process. I was wielding two pencils near the end, flipping them through my fingers and switching back and forth line after line. There may even be a few teeth marks on them now. It was intense. 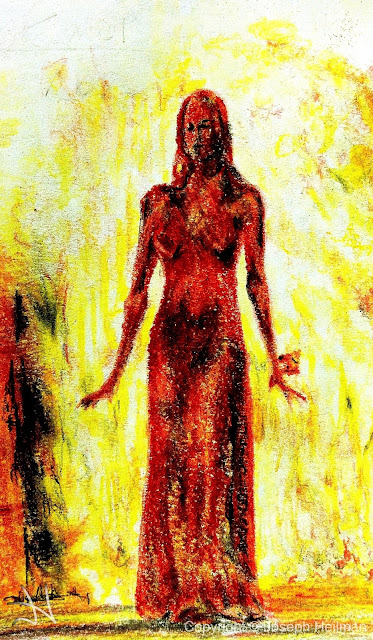 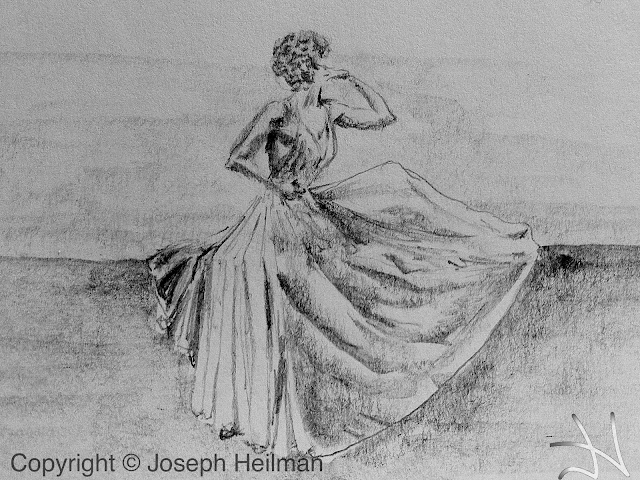 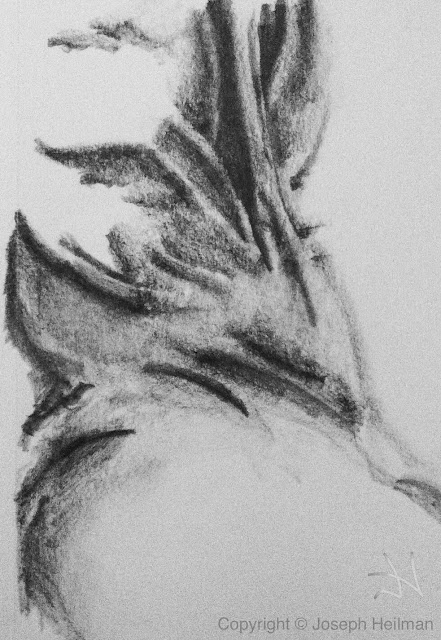